Mortgage rates once again slipped a little bit this week 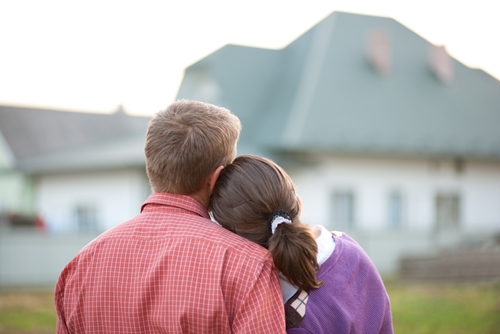 One of the big concerns in the housing market as a whole over the last several months is that mortgage rates have been rising so appreciably that consumers just aren’t as interested in obtaining home loans as they were just a few months ago. However, that trend seems to have reversed itself in the last few weeks, with rates slumping at lows not seen in months, and applications consequently on the rise.

In the week ending May 15, the average 30-year fixed mortgage rate – most popularly used for purchases – fell to a six-month low for the third week in a row, slipping very slightly to 4.2 percent from the previous week’s 4.21 percent, according to the latest Primary Mortgage Market Survey from the government-sponsored mortgage-backing firm Freddie Mac. However, it should be noted that this was still up appreciably on an annual basis, from the previous 3.51 percent.

“Mortgage rates were little changed amid a week of light economic reports,” said Frank Nothaft, the vice president and chief economist for Freddie Mac. “These lower than expected rates are welcome news with the spring home buying season underway and may even provide those who haven’t already refinanced possibly a reason to take another look. Of the few releases, advanced retail sales rose 0.1 percent in April, but below the market forecast consensus of a 0.4 percent increase. Also, the Producer Price Index for final demand rose 0.6 percent in April which followed a 0.5 percent boost from the prior month.”

Refinancers also able to find better deals
At the same time, average rates for 15-year fixed mortgages fell a little more appreciably this week, the report said. That mortgage type averaged 3.29 percent, down from 3.32 percent a week earlier, but was likewise still considerably higher than 2.69 percent seen a year earlier.

Consumers who are thinking of getting into the housing market while affordability is still high might want to research rates on the Poli Mortgage Group’s website, 24 hours a day and seven days a week, without having to provide any personal information at all. When it comes time for them to buy, they will also be able to speak directly with a Loan Officer, all they’ll have to do is simply fill out a Contact Us form on the website or call 866-353-7654, and a representative will get back to them shortly.