What matters most for buying investment properties? Location

Home > What matters most for buying investment properties? Location 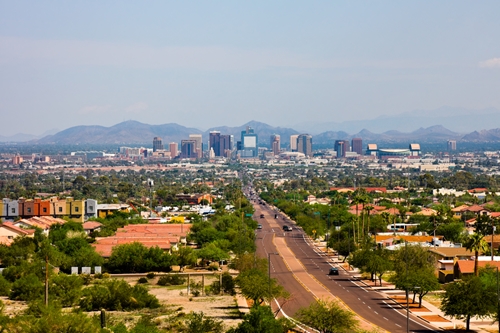 The old adage of what constitutes value in the real estate market is simple and easy to remember: “Location, location, location.” And while that’s a phrase shoppers probably hear a lot when they buy their own homes, they might also want to keep it in mind if they are thinking about getting into the investment market, because some local housing segments are more fertile ground for some activity than others.

The first thing for these potential investors to remember is that vacancy rates and rental prices aren’t uniform across the country, and as such, it might be better to invest in certain cities, according to a report from The Street. However, even with that acknowledgement, there are certain things to keep in mind. For instance, Las Vegas is widely considered the best place to buy an investment property for the purposes of renting it out, as there are a large number of homes in that market which have been foreclosed-upon, and as such, they carry significantly lower prices than their normal market value. However, there has been a lot of investment activity in that city already, and rents are generally falling even now, and that might serve as something of a turnoff.

More places where investment might be wise
Similar issues have been reported in other cities where the housing market’s downturn hit the hardest, like Phoenix, Atlanta, and many cities in Florida, the report said. There were huge waves of foreclosure that swept through those cities in recent years, bringing down prices overall, but also where rents might now be on the rise. Consumers looking to get into the investment market will have to weigh low costs with demand and other factors before determining exactly which properties to buy, and where to buy them.

Those who want to get into the investment market in the coming months, before affordability declines, should keep in mind that they can always research rates on the Poli Mortgage Group’s website, 24 hours a day and seven days a week, without having to provide any personal information at all. When it comes time for them to buy, they will also be able to speak directly with a Loan Officer, all they’ll have to do is simply fill out a Contact Us form on the website or call 866-353-7654, and a representative will get back to them shortly.